All our Staff, Trustees, Consultants, Advisors and our Patron, are passionate about making a positive difference to the lives of disadvantaged young people around the world. Meet the people behind Ecologia… Liza is the founder of Ecologia and Director of International Projects. She was born and educated in South Africa and worked there as a high school teacher. She moved to live in the Findhorn Community in 1974. She started Ecologia in 1995 after being introduced to Dmitry Morozov, the founder of Kitezh Children’s Community in Russia, and was inspired to support the community in its mission to rescue orphaned children from institutions and give them homes, families and education in a supportive environment. This led to projects supporting disadvantaged youth and children in South East Asia and in East Africa. The charity’s vision to enable disadvantaged young people in other parts of the world to realise their potential grew from there. Read more about Liza’s story here. Liz joined the team in 2012, and worked as Ecologia’s book-keeper and was responsible for the charity’s accounts, bank reconciliations, payroll and statutory returns. She is currently the charity’s Company Secretary. Robyn joined the team in April 2019 as Project Development and Marketing Officer, after recently moving to Scotland. She has a background in research working for an Oxford based charity, and has experience of working within various organisations.  She’s looking to utilise her project management skills and creative flair to promote the work of Ecologia. Diana joined Ecologia in July 2016 as Director, Scotland to develop the Growing2gether programme, expanding Ecologia’s work with children and young people overseas to Scotland. Diana has founded and directed two successful charities over a thirty-five year period and is deeply committed to the well-being of the young. Marjie has been Project Manager and Senior facilitator for the Growing2gether programme since its inception. She is a key person in crafting the new Growing2gether curriculum and in setting up new programmes. She has a PG Diploma in Transpersonal Counselling, is a qualified counsellor and speech therapist. Ellen joined the Ecologia team in June 2018 as Marketing and Communications Manager. Ellen has lived in Scotland for 3 years and has worked for non-profit and charitable organisations across varied fields. She currently shares her passion for helping young people through Ecologia Youth Trust and she works as a dancer and dance teacher in her spare time. Cornelia Funke is a multi-award winning author of over 40 best-selling children’s books, including the Inkheart trilogy, and more recently the young adult novels in the ‘Reckless’ series including Reckless and Fearless. 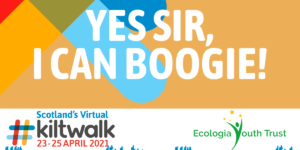 We hope you had a lovely Easter! At Ecologia, we love this time of year. The days are growing longer, Spring bulbs are creating beautifully bright displays, and over the season our days are filled with the wonder of what’s possible: new life and new beginnings-and that is exactly what we reflect in our work […]