You are here: Home / Articles / Rosie’s Run Around The World

Ecologia Youth Trust is honoured to help Rosie Swale Pope realise her dream to run around the world and to raise money for orphan children in Russia through sponsorship.

ROSIE is back in the UK!
Final destination: Tenby, Wales 25th August 2008 We were thrilled to welcome Rosie home to Scottish soil in the early morning of 18th June 2008.

Rosie Swale-Pope celebrated her 57th birthday on 2nd October 2003 by starting a round the world solo run. She chose Kitezh Community for Orphan Children in Russia as one of her sponsored charities and Ecologia Youth Trust is honoured to support her on her extraordinary challenge.

At the start of her run, Rosie guessed that the 20,000-mile journey would take her two to three years. In 2008, almost FIVE years after the start, Rosie is on the Home Run!
Rosie came to running late in life, when she was 48, and she fell in love with it. Since then she has run countless marathons including a 240 kilometre run in the Sahara carrying all her own equipment in temperatures of 125°F. She has run across Romania, Kosovo, Iceland and Nepal and then she took on the world. At the start Rosie said: “My dearest wish is to do a complete circle of the earth, planned to keep me on as much land mass as possible. This is also the coldest, hardest, most fascinating way, and includes almost 7,000 miles of Russia and Siberia. I shall run across Europe through Holland, Germany, Poland to Moscow before hitting the Trans–Siberian Railway route. Then I shall cross Siberia running north to the Bering Straits, cross to Alaska, then run across Canada into the US, then Greenland, Iceland, Scotland and England to return to the start and finishing line at Tenby, my home in Wales.

“When I took up running, sometimes the snails were faster. Yet it took me on paths I would never otherwise have trodden. Because you can get sponsored, it became my privilege to help others. I run for love and joy; and I run for courage.”

When she was young (and an orphan) her grandmother taught her that she could do anything she set her mind to. This belief in the possible led her, with her husband and daughter, to sail across the Atlantic, through the Panama Canal, across the Pacific to Australia. Her second child was born in harbour at Flumicino or somewhere close by at the mouth of the Tiber near Rome. As a result of this experience, Reeds Nautical Almanac, alas now defunct, used to have one page devoted to emergency childbirth. They sailed from England in January with the infant Eve, and Rosie heavily pregnant. She had to have a specially tailored “dry-suit” made for her to keep warm in the Bay of Biscay. She turned a trans–Atlantic solo voyage into an opportunity to raise money for hospital equipment. There was also an extraordinary 3,000-mile trek down the coast of Chile, which took her 14 months.

In 2003 she embarked on her biggest challenge yet: to Run around the World. It has been a huge undertaking and required meticulous planning. As part of her preparation Rosie ran a marathon in Omsk in aid of a hospital there, to gain knowledge of the region, make friends and investigate how best to go about the most difficult part of the journey—crossing the vast, empty and harsh land of Northeast Siberia. People she met in Omsk were very supportive and thought it quite possible. Ecologia Youth Trust took on the challenge of supporting Rosie to cross the whole of Russia.

Her route took her across Europe via Moscow to Kitezh Children’s Community for orphans where she saw for herself the place that her effort helps to support. She met the children at Kitezh, fell in love with them and ‘adopted’ two Godchildren, Nellie and Marina. Then, fired with energy and enthusiasm, she took off for Siberia. Her adventures make an extraordinary tale. Her encounters with a bus, a bear, freezing temperatures and wonderfully kind people are told on her website rosiearoundtheworld.co.uk.

For most of us, what she was planning to do seemed impossible but the things she had already done were quite impossible too and she did them. She has boundless energy and a great love for this amazing world and its many and varied people. If anyone could do it, she could. She feels this run is the most important thing she has ever done for many reasons not least of which is that it is in memory of her husband, Clive. “When Clive died from prostate cancer last year, I felt such sorrow I have never known before. Like falling in love, the death of someone you love changes you forever. I was determined not to give up, but to try to do more. His death taught me more than anything about how precious life is. How short it can be, that you have to grab life, do what you can while you can, and try and give something back.

Russia was a tough but rewarding first leg of her journey. We tracked her progress along her way through Russia and gave her all the contacts we could muster. Her second winter was spent in Siberia. The third winter took her across the winter wastelands of Alaska. The fourth winter she ran across Canada into the USA via Chicago, New York and Boston towards Nova Scotia. The fifth and LAST winter she will cross the sea to Greenland, Iceland and FINALLY arrive on 1st April in Scotland and run home to Wales for her grand Homecoming celebration on 1st June 2008. 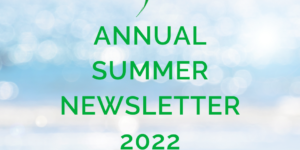